"Take Ella Fitzgerald’s clear vocal tone, Jill Scott’s spunk and Chaka’s Funk and you have New Jazz Vocalist Rajdulari.
New York-based Jazz vocalist Rajdulari inspires an engaging listening experience for music lovers. Her buoyant voice vibrates with a clear and honest joyfulness; no doubt the result of her choral upbringing in the church. Although her family relocated often, she has always found a home in music. Jazz opened up an entirely new world to an adolescent Rajdulari, when she heard Sarah Vaughan’s “Shullie A Bop” and Ella Fitzgerald’s “Lemon Drop” for the first time. She became fascinated, and wanted to know every nuance of each solo, scat, and harmony. At seventeen she was offered her first gig at Ryles Jazz Club in Cambridge and found performing to be a sensation she couldn’t abandon or ignore. While attending Berklee College of Music in Boston, Rajdulari shared a stage with the renowned Bobby McFerrin. In 2010 she moved to New York City and started her own solo project. Her ensemble was nominated for, and won, Best Jazz Band at the New England Urban Music Awards in 2011, and their debut release – Honeywine – remains among Amazon.com’s Top 100 Most Downloaded Mp3s. In 2012, Rajdulari was selected by Visions Beauty Distributors to write and perform the theme song for their first annual Natural Hair and Health Expo. The single – entitled “Natural” – is featured on her upcoming sophomore album, Journey Of A Woman. As a member of the Boston-based, all female World Music Band, Zili Misik, Rajdulari won Boston Music Awards 2007 & 2008 for “Outstanding International Music”, Boston Phoenix Award and WFNX’s “Best World Music Band”-two years in a row; and was 2007 Winner of ROCKRGRL’s and Berklee College of Music’s “Battle of the All-Female Bands”. For Rajdulari singing is a healing and soothing activity. Her ability to share uplifting messages of confidence, empowerment, love, and hope – through song – is the most gratifying gift she can exchange."
Please tell us what is a typical day for you?
In addition to running my business, I also currently work a full-time day job, so I wear many hats. A typical day for me is starting my morning off at my job, then leaving for meetings or rehearsals for upcoming shows. If I don’t have a show, then I’m usually at home conducting interviews, scheduling my social media marketing for the week, or speaking with promoters and venues to schedule upcoming gigs, etc. As an Independent Artist and Band Leader, there’s always something that needs to be taken care of, so I’m multi-tasking all of the time. 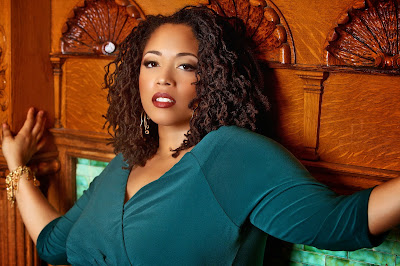 How did you get started in singing/ performing?
I was raised in the Baptist Church. My grandfather was a pastor, my mother a choir director. So, I’ve been singing since I was three. My mom used to stand me up on a milk crate and I would sing the lead. So music has always been an integral part of my life. However, I started singing professionally when I was 17.

What would you say has been your greatest accomplishment to date?
So far, my greatest accomplishment has been winning the “Best Jazz Band” at the New England Urban Music Awards for my debut album “HoneyWine”. I’ve also been nominated this year as a musician for a “Black Celebration Award” here in New York City. For just coming on to the music scene just three years ago, I’m excited to be making progress and getting my music out there. I’ll be attending the ceremony on Saturday, September 21st.

What has been your biggest challenge in your career so far?
As an Independent Artist, you spend a lot of your own capital investing in marketing, materials, recording costs, etc. Basically everything that a record label would pay for, you have to invest on your own. So, my biggest challenge is always generating enough money to help support my art and to help grow my business and my fanbase. Being a musician is easy, performing and being on stage feels so wonderful, I don’t consider that challenging at all! But, generating the revenue to do everything I want, and to really grow my business? That’s always my focus as a business owner.

What are your future plans ?
My number 1 ultimate goal is to win a Grammy! To be recognized for my art, and for all of the hard work I’ve put into my career over the years. I WILL win a Grammy. I call my career my “Journey 2 The Grammys” for that specific reason! I’d also like to travel the world and share my music and my desire to uplift and empower women all over the globe. As a Jazz Vocalist, I would love to perform with a Symphony Orchestra (one of my biggest dreams!). How much time have you got? My wishlist goes on and on! 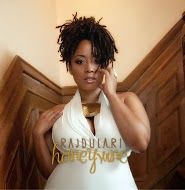 If you had to do it all over again, what would you do differently?
I would start my career much earlier. I would never have a day job, and I would just sing and travel the world and build my career from the bottom up. I’m in my 30s now, and while I still have plenty of time, I would have liked to have started my career a little earlier in life. Other than that, I wouldn’t change a thing, I’m truly happy for all that we’ve been able to accomplish so far.

Why is it so important to inspire young women in particular to follow their dreams?
Our society spends a great deal of time and money in advertising to shape what we THINK we NEED and who we THINK we ARE.
There are a lot of messages out there for young girls, telling them what size they should be, how they should think, how they should feel, what type of women they SHOULD want to be. So many of our young women simply don’t have the support and encouragement that they need to really find out who THEY are and love themselves and their individuality, despite whatever society may think.
When I was younger (based on the images I saw in the media and on TV), I thought you had to grow up, be a certain size, get a stable job, maybe get married, have some kids, etc. But I had this burning desire to roam the globe and be a musician! I wanted the freedom to really branch out and explore the world and figure out what makes me unique.
Thankfully, I made the choice to pursue my dreams and to not take “no” for an answer when it came to my music. But, I truly believe that more young girls need to be encouraged and supported to find their own path. They alone can decide what career they choose, how to celebrate and embrace their curvy bodies, how they decide to express themselves, everything.

What advice would you give to somebody who wants to start out in your industry?
Never EVER take “no” for an answer. If being a musician is what you want to do, and you believe in the bottom of your heart that this is where you belong? Don’t take “no” for an answer and NEVER EVER EVER GIVE UP!
What or who inspires you in business/life/creatively and why?
I really admire amazing Female Entrepreneurs like Oprah, Queen Latifah, Ellen Degeneres, etc. In my opinion, these women personify the ideal vision of a “Successful Businesswoman”. I love how they are very diverse in their talents, and how their careers started in one direction, but then grew exponentially over time. For example, I love being a musician, but that’s not all of who I am. I want to be a spokesperson for positive organizations, or be the face of a fashion or cosmetic line. I’d also like to work in Film & Television, etc, so these women inspire me a great deal. I would love to follow in their footsteps someday soon!
What is your favourite inspirational quote?
“Be afraid, but do it anyway”….that quote reminds me that it’s ok to be afraid of your dreams. They are awesome and grand and scary, absolutely! But don’t let the fear stop you from moving forward, use it as your FUEL to keep going.
So, that’s my motto. Anytime I get nervous about taking another risk in my career, I just stand at the edge of that imaginary cliff, harness my fear, and jump! It’s a mindset that serves me well and keeps me headed in the right direction J.


For more information on Rajdulari: www.rajdulari.com
Posted by Unknown at 12:28